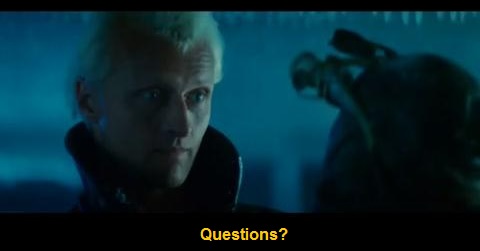 If you have any questions about the packages available from the St. Paul’s Literary Service, you can now look them up.

If you still have questions, you can always use the Contact page to get in touch.

On this site you can check out his ghostwriting and editorial services, view his portfolio and feedback, and follow his regular blog (below) for news about his latest literary publications and new services for writers of all kinds.

A lot of people are asking what I’ve been up to since my brief misadventure in China a few months ago.

It’s been a tough few years, between an awful corporate job in 2012, to landing back in the real world after six months traveling India and Asia, and my TEFL training and subsequent awryness (I’m MAKING it a real word) last year.  I flew to China; I came back.  I had the option of beginning the cycle again by getting another crummy job in another  office, neither employing my qualifications or creativity for a basic minimum wage in an environment I couldn’t stand.  I chose not to take that option.

For the last year or so I’ve been taking the occasional bit of work editing.  A lot of this business came via word of mouth and my clients were mostly foreign students who had essays and dissertations to hand in and wanted a bit of help with their written English.  Sheffield is blessedly cosmopolitan and its two universities has students from all over the world.

Since I got back to the UK I decided to begin freelancing full-time, and have since had a lot of success.  Editing and proofreading has been a handy constant, from education, academia and journals, to resumes and even fiction, poetry and love letters.  I’ve also developed a reputation for ghostwriting fiction and articles, and have taken commissions in various genres with plenty of repeat business.  Lastly, I’ve managed to flog a few of my own humble fiction and screenplays.  I’m surprised by how quickly it’s all taken off.

It’s strange that after years of hard work and mixed success, I’m suddenly able to legitimately call myself a writer.  It’s a very strange feeling to have pretty much realised my oldest dream.

I’ve also had a fascinating education these last two months.  Either from editing various papers or by researching for my own writing/ghostwriting, I’ve made plenty of deposits into my Bank of Useless Information.  I’ve had The Bank for years, much to the bemusement of my friends and family.  Recently I’ve developed my knowledge of:

… And they’re just the ones that I can tell you about without betraying confidentiality (which I take seriously).  It’s been a wild ride, accentuated by the occasional bouts of panic that are probably common amongst the self-employed.  The good news is that I’ve had some incredibly flattering feedback from all my clients so far.  Hopefully I can continue that trend into 2015, whilst TEFL and salaries take a back seat.

It seems a little redundant to have a blog about my exploits ‘abroad’ now that I’m more-or-less permanently based in the UK for the forseeable future, but I think I’ll keep the title.  Consider me ‘abroad’ on the ocean of discovery as I see where my new life takes me!

All the best for the New Year, and much love,